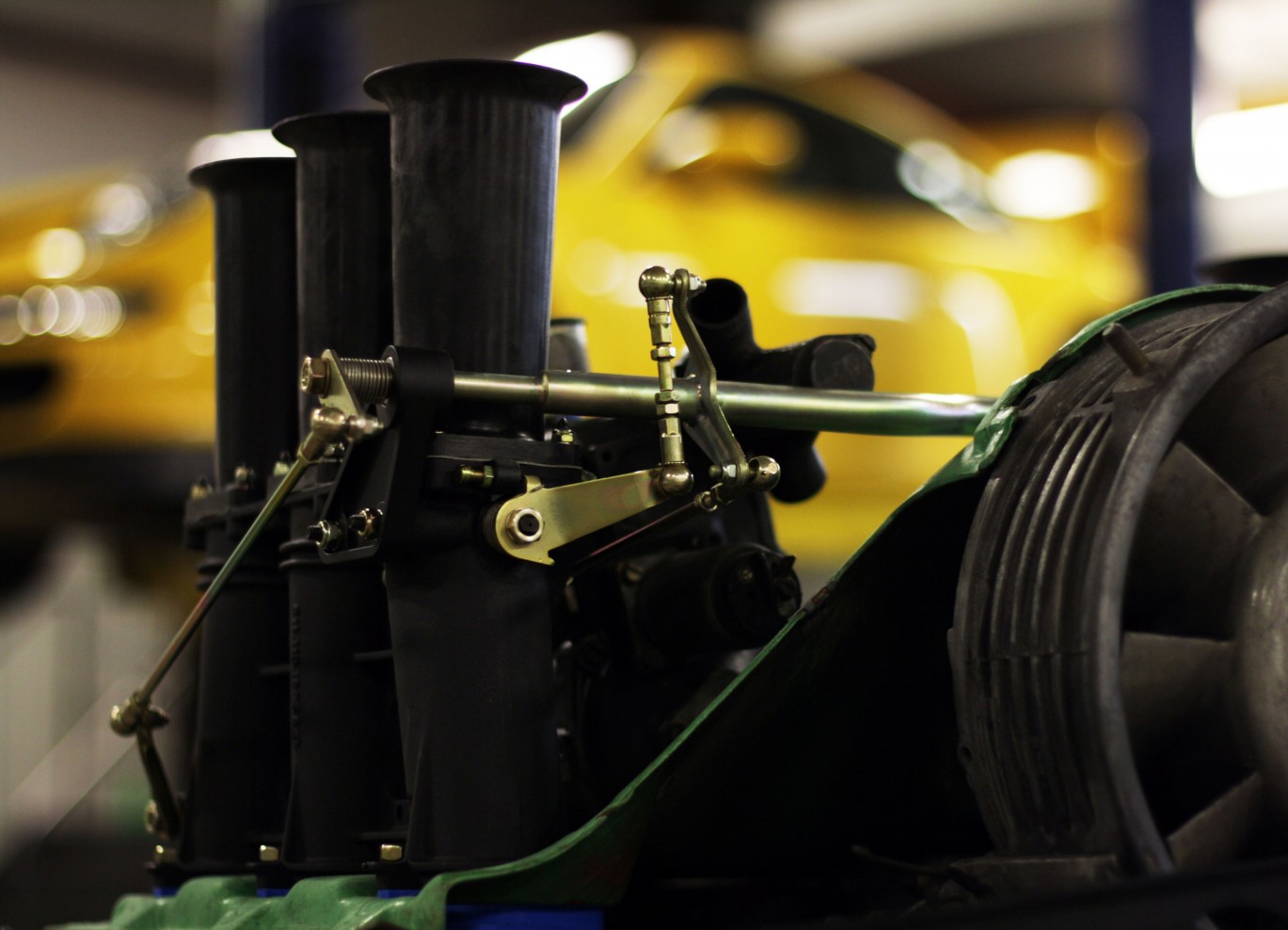 It’s been a while since we’ve updated; as we’ve been quite busy (and thankful for that!)  since our last post. We’ve been sorting our Celette benches, adding some in-house prototyping capability, continuing physical upfit (construction) of the facility, and making some strides on the Mary Stuart RSR project.

She’s getting proper MFI.  (If you know anything about us, you know this makes for big smiles around here.)

The engine for this project is a 3.9l based on a 3.6, and as such was not designed for use with mechanical fuel injection, although the mounting bosses for the injection pump console are present on every Porsche case since the MFI era. The earlier MFI-equipped engines had a provision in the cylinder head for the injector – an important feature that changed with the introduction of the CIS engines, although those cylinder heads retained enough material in the casting of the intake boss to accommodate the machining of injector ports if desired.  Not so for the 3.6.

Of the scant number of previously made adapters that we researched, the most promising design had been made by Len Cummings (Auto Sport Engineering) and has not been produced for some time.  Mr. Cummings graciously gave us his blessing to reproduce his work as needed, but after some consideration we elected to design our own to improve on a couple of details.

The other primary concern for us was the appearance of the injector block.   We’ve been concerning ourselves with the finer points of backdating 911s for some time, and while we love an engine swap as much as the next red-blooded American, we simply don’t want to open the decklid on a long-hood 911 and see 993.  To that end, we’ve worked with folks such as Damon Josz (Series900) to make fan shrouds to allow us to use  smaller early fan assemblies, paired with the use of appropriate early valve covers, engine mount, tin, & distributor to make the 3.6 feel at home in the early engine bay.  Certainly for this project we wanted to minimize the visibility of the part so as to not distract the casual observer.

Our injector block allows the use of the early shroud and keeps the overall increase in throttle body mounting height down to 12mm. Best of all, it is more or less hidden once assembled.

Here are our injector block prototypes being used to install High Butterfly throttles on one of our 3.6s:

We’re pleased with the result and will be machining a few sets in the near future – let us know if you need a set for your project!